FOR IMMEDIATE RELEASE No. 3095

TOKYO, April 7, 2017 - Mitsubishi Electric Corporation (TOKYO: 6503) announced today that it has been chosen by the Japan Aerospace Exploration Agency (JAXA) as the prime contractor for the Engineering Test Satellite 9 (ETS-9) scheduled to launch in 2021. The ETS-9 will be the centerpiece of a project to develop an advanced satellite bus, or common model, for various high-throughput satellites (HTS) for communications. Mitsubishi Electric hopes to leverage the advanced technologies it cultivates for the ETS-9 to win contracts for two satellite systems per year in the global commercial market. 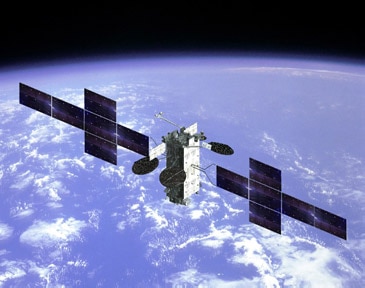 The Japanese government's Basic Plan for Space Policy has identified advanced technologies for communications and broadcasting satellites as crucial to Japan's security and global competitiveness in the space industry. Next-generation technologies to be deployed in the ETS-9 are expected to be in demand in the global market and will help Japan advance its industrial and scientific technology infrastructure.


Mitsubishi Electric, a leading Japanese manufacturer in the field of space research and development, has helped to produce more than 500 domestic and international satellites as either the prime contractor or a major subcontractor. In 2000, it became the first Japanese manufacturer capable of developing, designing, assembling and testing satellites at a single facility. The facility is part of the company's Kamakura Works, which boasts one of Japan's largest thermal vacuum testing chambers as well as an acoustic test chamber and an antenna test range.

Note that the releases are accurate at the time of publication but may be subject to change without notice.